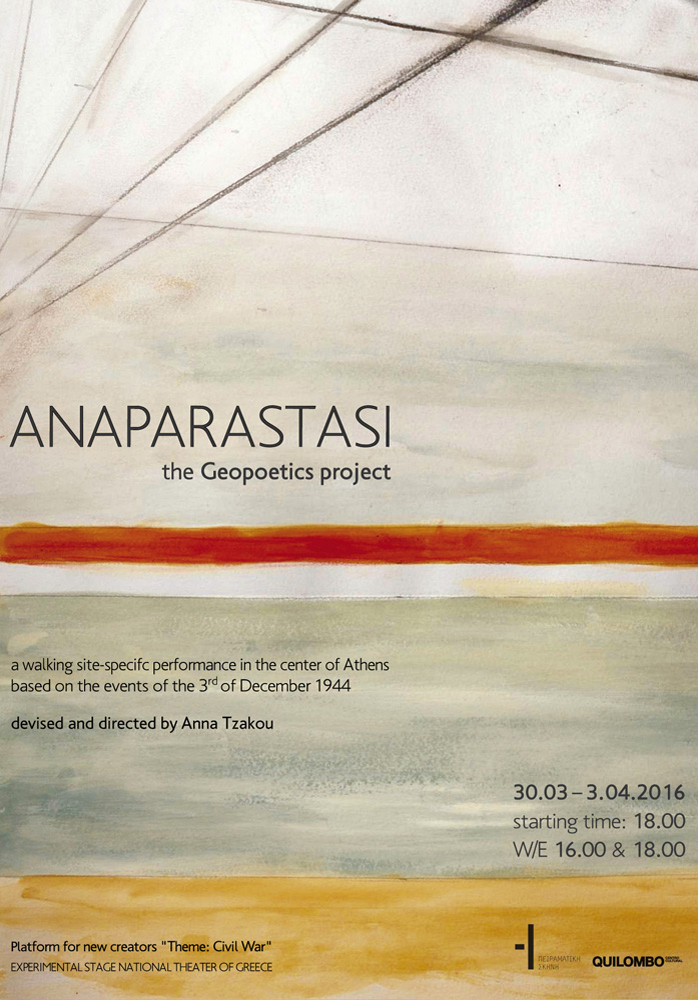 Performance Anaparastasi constitutes a collective participatory event. It is an in situ reenactment of the rally organised by EAM (the National Liberation Front) on the 3rd of December in 1944 during which gendarmes opened fire and killed unarmed protesters. The specific day became the beginning of the ‘December events’ (Dekemvriana) which later on were considered the prelude of the Greek Civil War (1946-1949). Performance Anaparastasi starts in 48 Panepistimou street, outside the Experimental Stage [-1] of the Greek National Theatre and ends in the National Park. Through a sequence of eleven stations/ actions performers and audience are moving within the city-scape as one single body.

Participants’ Instructions
Walk as if you are a camera where your eyes are the lens of the camera and yout ears the microphone.
Have your gaze as much as possible at the level of the horizon.
Maintain a condition of silence unless something urgent arises.
Each time you hear the singing ball, close your eyes for a few seconds.

See here for a review of the performance