Being in the space between 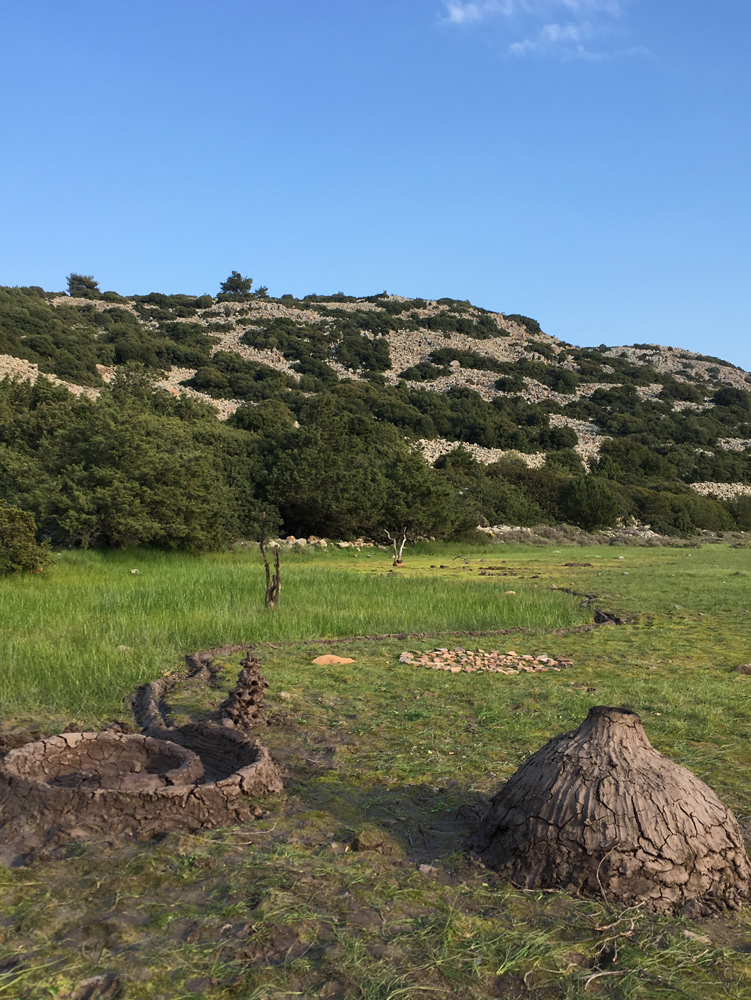 On behalf of the European Dance House Network Atelier ZOOM IN! on dance and craft
And Duncan Dance Research Centre in Athens

We trusted the process and what the moment gives birth to. We had no concept. We accepted what there is and not what we would like to be. We were led by the delight of the body, mind, and material synchronization within space.

We dared not know. A process of abandoning the ego. Not by going along with it but by letting it wear itself out. We slowed down. We gave an opportunity to time being left in the space between our practices. We were challenged by our identity as creators. We were collided. We returned back to square one, cultivating a “doing” as a state of “being” in order to meet one another.

On the upper floor of a mill in Aegina we found ourselves in a circular space with half a ton of clay and our two bodies.
In a rectangular studio in Athens we worked with movement, gesture, building and composition in space.
In the site of natural clay in Chrysoleontissa in Aegina we explored the connection among our bodies, the landscape and the 4 elements of ceramics (earth, water, air, fire).

Through the stages of our process we discovered:
The shaping of clay as an imprint and a choreography.
The emotional echo of the gesture in the material.
The empty space in the clay forms as a space in the landscape.
The technique as an eye practice that does not label.

By our common practice we experienced the magic of the aimless action, which does not point to an immediate result. The training beyond the practice itself becomes a stance of life: by opening up the boundaries instead of one being frightened of the diverse, one can also be nourished.

ZOOM IN!,
EDN Atelier for Arts and Crafts
the Duncan Dance Center in Athens 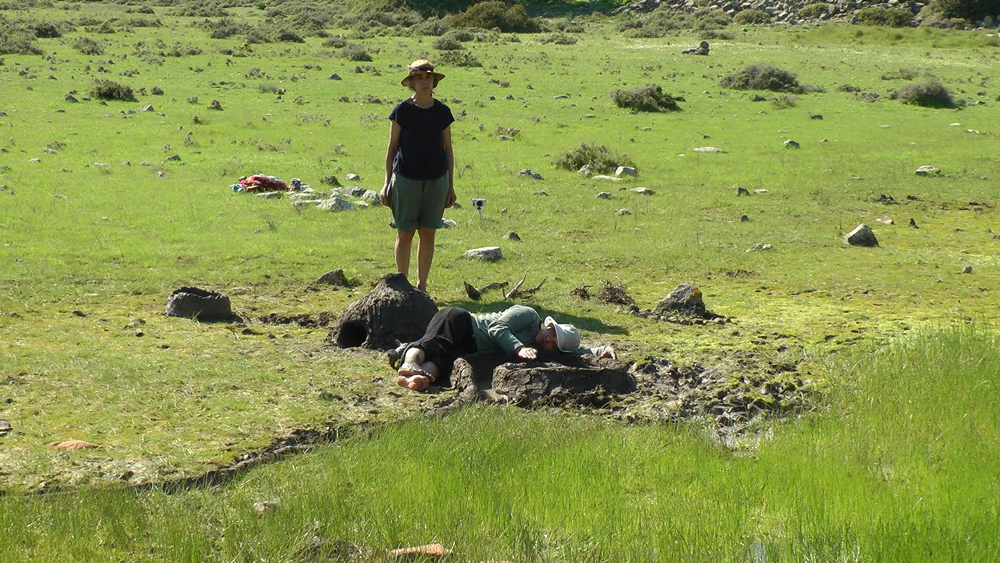 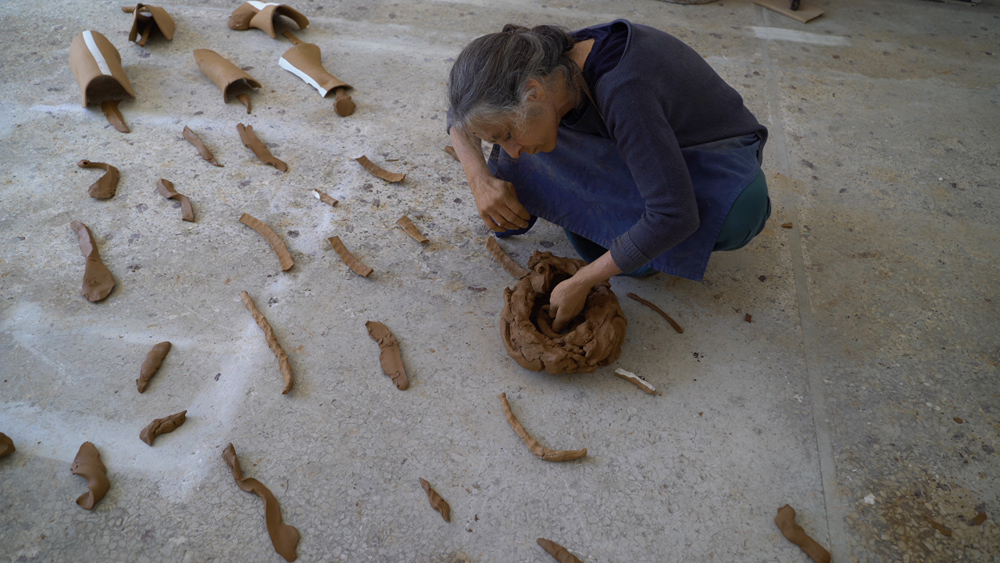 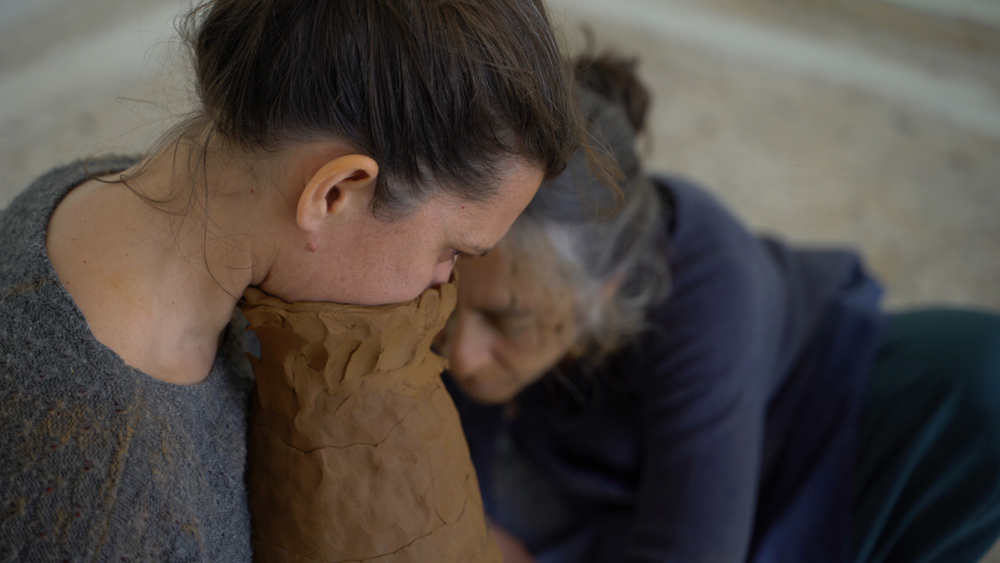