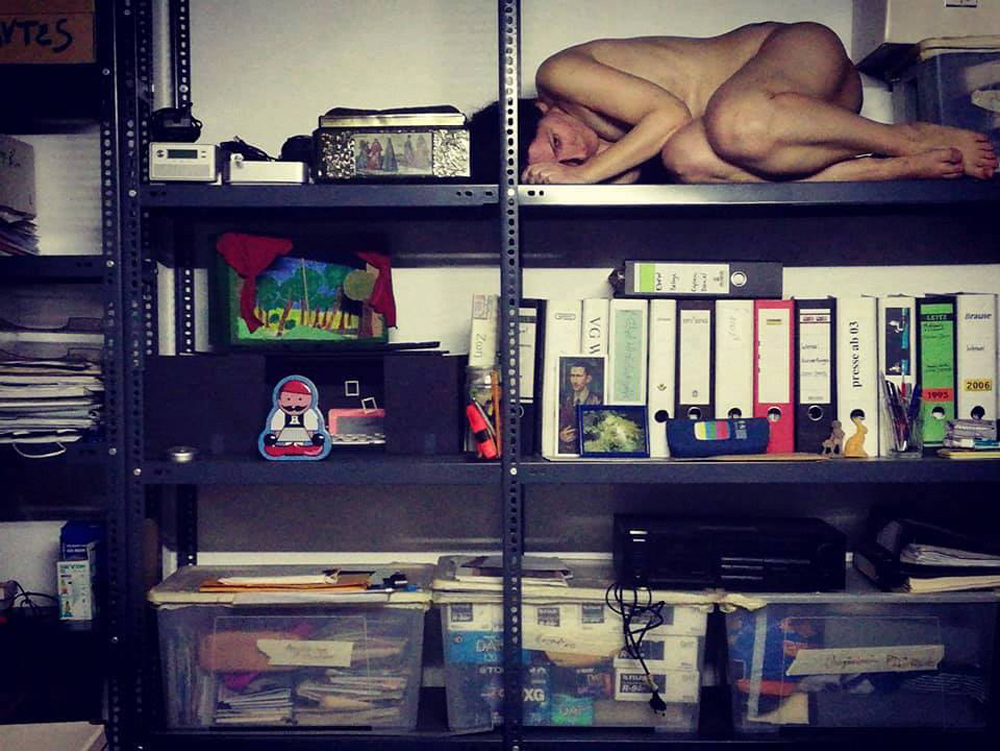 Structured within a ‘male’ space, a former car wash, the performance examines female gender as a public discourse and a sociopolitical identity in contemporary Greece.

7 female artists from different art disciplines devise actions by paying attention to their physical, emotional, psychological and social bodies exploring the perception of space as a cultural reality. With the book of Dimitris Papanikolaou ‘Kati trexei me tin oikogeneia’ (2018) as occasion and trigger, the group examines its feminine and artistic identity as an archive that is ‘in permanent trouble’ (Papanikolaou, 2016: 232) and methodologically defines its performance process as ‘archive trouble’ (op. cit. 232).

During the performance the following texts are being heard:
Owe-Louise Bourgeois, The scene – Inger Christensen, Feminist Linguistics – Michalis Pitsilidis, The Ballad of the Mothers – Pier Paolo Pasolini, Texts of a Girl – Pieta Dubarova, Rockaby – Samuel Beckett, Me and This – Marie Cardinal, Asterne and Pulio, Texts from the group.

In the video appears Lucyanna Moore.
The audio voices are Vasilis Tzavaras and KP
photo credits: Daniel Wetzel and Erato Tzavara
In the video recording of the performance, performer Vasiliki Nomidou is being replaced by Despona Chatzipavlidou due to injury.

See here for a review of the performance by George Sampatakakis