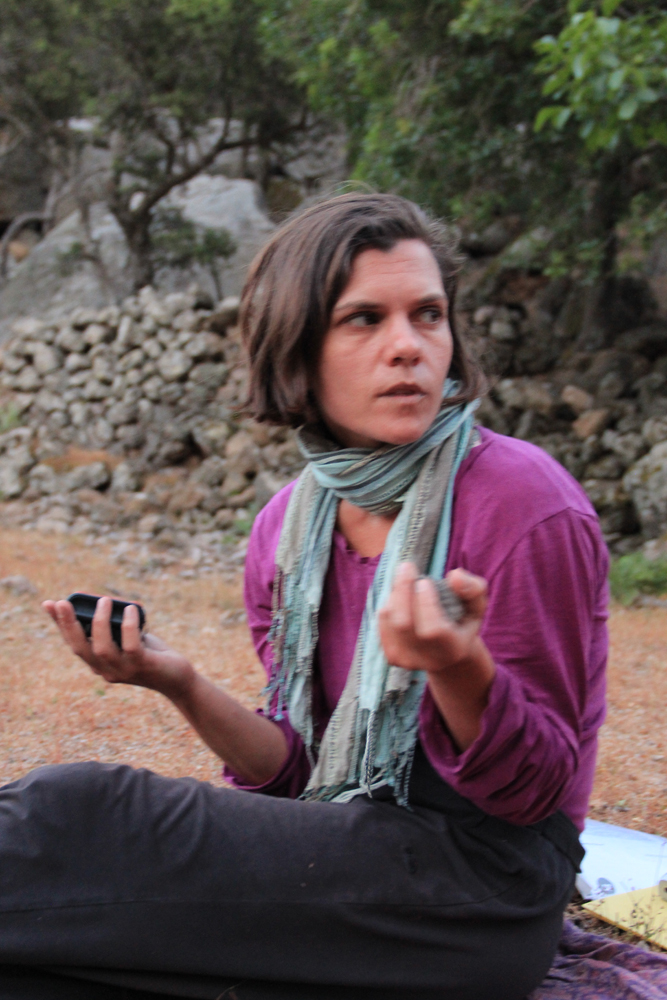 Anna Tzakou is a theatre deviser, performer and researcher based in Athens Greece. Her performance practice focuses on somatics, psychophysical actor training, meditation as / in movement improvisation and writing performance. Anna elaborates a creative process which concentrates on working without knowing, exploring the hidden as well as the impulsive, and performing from a place of responding than doing.

She is interested in performance scores of physicality and emotional edginess; investigating place as performance site and testing the performance act as social and political event. Anna holds a PhD in Performance Practice entitled: Geopoetics, a mindfulness (sati) site-specific performance practice, from the University of Exeter (UK), where she integrates principles of Buddhism and Geography with American and European methods of post-modern theatre in order to structure a body-landscape performance practice methodology.

Her research has been published in the USA and Europe and presented at conferences of performance practice, walking and site-specific performance and architecture. Anna holds a BA in acting from the School of Fine Arts in Thessaloniki and an MFA in Contemporary Performance from Naropa University (Boulder, CO). She has been honored with the Fulbright and Onassis scholarships.

For a full CV please contact Anna via e-mail.